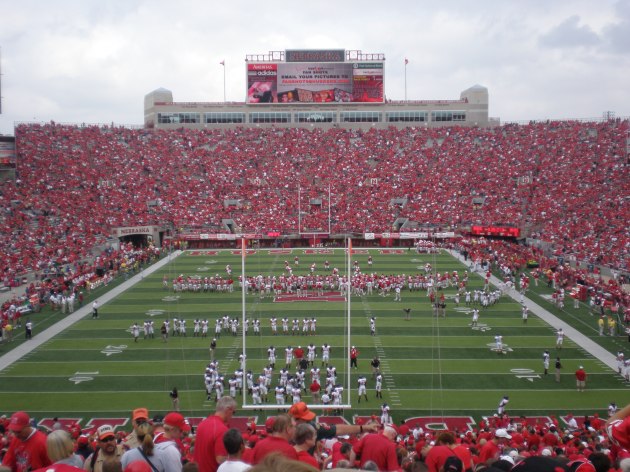 I grew up roughly forty miles away from Memorial Stadium, and the Nebraska Cornhuskers are the team of my heart. My first memories are the teams of the 90’s who went 60-3 and won three National Titles in 1994, 1995, and 1997. The Huskers haven’t matched that success since then, but they’ve been very good, and remain a relevant national team. Below is my unique vision on Husker football, and other sports: Link

Update: As of February of 2013, I am now a contributor to the website HuskerMax.com, and you can read my writing here. I and my fellow writers are paid for page views, so please click and comment! Thanks!

Husker taking the field against Minnesota, 2012, Tom Osborne’s last home game. As you can see, a lot of people were out to capture the magic for themselves.

Dairy Farming through the eyes of a former "city" girl.